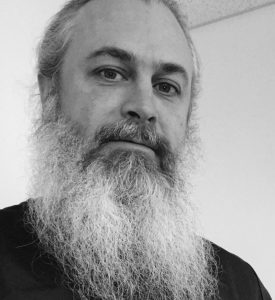 Rev. Dr. Konstantine Eleftherakis stems from the Philadelphia area, spending his early years in Upper Darby, PA. He has had a fruitful yet varied academic journey. He studied Fine Arts at Tyler School of Art (Temple University), earning a B.F.A. with a concentration in painting and drawing. Fr. Konstantine proceeded to study Theology at Holy Cross Greek Orthodox School of Theology in Boston, MA, earning an M.Div, and eventually being ordained an Eastern Orthodox priest.

Since childhood, Fr. Konstantine has had a great love and respect for Asian culture, which led to an interest in East Asian medicine during his teenage years. Although his interest waned, it was eventually rekindled during post-graduate studies. During his research, Father came across ancient Chinese medical texts that provided some hope amidst a long struggle with a chronic illness that at the time remained unrelieved and undiagnosed by conventional allopathic medicine. His search for answers and healing eventually led him to successful treatment with acupuncture, and more specifically, Chinese herbs. This was an impetus that pushed him to go back to graduate school for a second time to study Chinese Medicine at New York College of Traditional Chinese Medicine  in Mineola, New York. After four years, Fr. Konstantine earned a Master of Science in Health Science/Traditional Chinese Medicine, and eventually, also received a Doctorate in Acupuncture and Chinese Medicine from Pacific College of Health and Science. He was featured on the Holistic Christian Life podcast where he discussed the use of East Asian Medicine by Orthodox Christians for health and well being.

Fr. Konstantine is a Pennsylvania licensed and national board certified Practitioner of East Asian Medicine (DACM, L.OM., Dipl. O.M. (NCCAOM)®) and a member in good standing of the Association for Professional Acupuncture in Pennsylvania. His main clinical interest lies in the use of classical Chinese herbal formulas in the treating of chronic illnesses, as well as the study of classical texts for modern medical use. He is currently pursuing studies in Canonical Chinese medicine as practiced in the Han Dynasty. 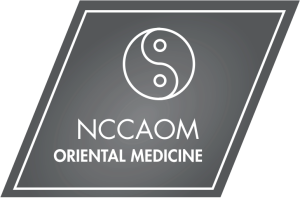